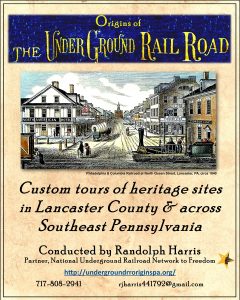 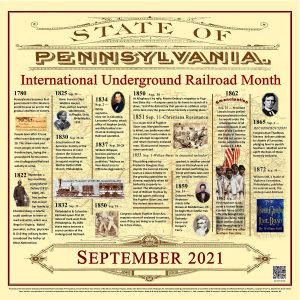 7. Delve into the scant few records of the one-time thriving, racially and ethnically diverse neighborhood of Feagleyville, located in the northwest quadrant of the City of Lancaster. 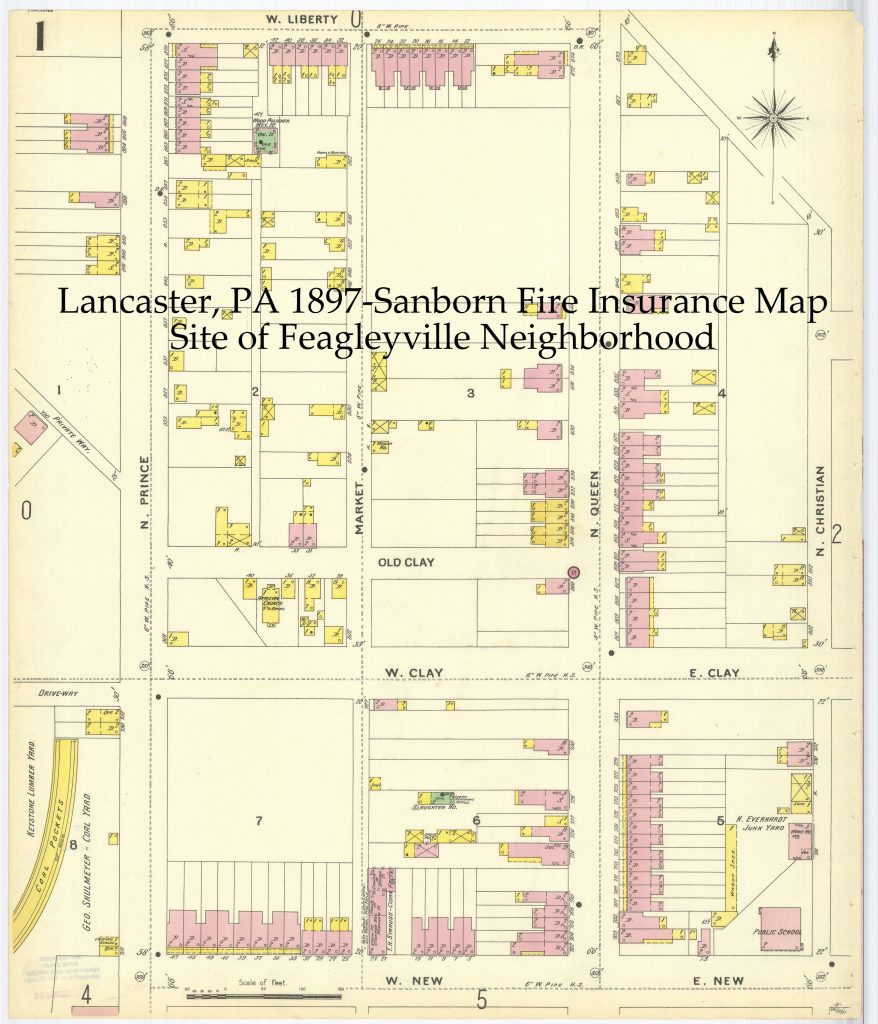 Read an early 20th century poem by D.B. Landis giving his impressions of life in this unique community.

Research and documentation by Randolph Harris

New! Now available. Proof that the Home and Office of U.S. Congressman Thaddeus Stevens and his long-time confidante, Lydia Hamilton Smith, was a property where people who were formerly enslaved Maryland were given shelter in 1848. Documentation of this episode of anti-slavery activity gained the Stevens & Smith property at 45-47 South Queen Street, Lancaster, PA acceptance into the National Underground Railroad Network to Freedom, a program administered by the National Park Service/US Department of the Interior. Explore this research package now…!

Click here to download information about another property associated with Thaddeus Stevens that was a site of extensive Underground Railroad activity: The Caledonia Iron Works in Franklin County, PA. This site was accepted in the Network to Freedom in 2008.

Resistance at Christiana, a series of reports for a teacher study guide by Millersville University graduate students, 1998.  Download here.

Also, for another perspective on Underground Railroad history, download a new guide to a better understanding of the role of Pennsylvania and its South Central Region in establishing a community standard of religious tolerance that for some transcended race, which, in turn created the seedbed for the movement we call The Underground Railroad…Visit this window into our past… 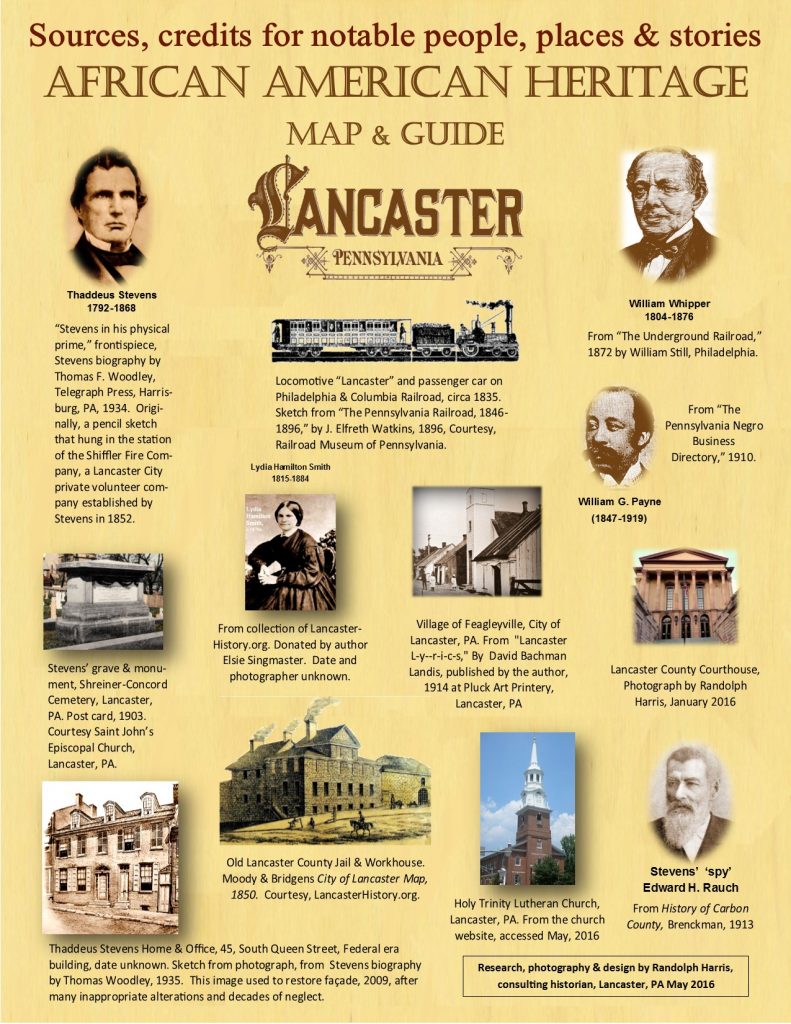 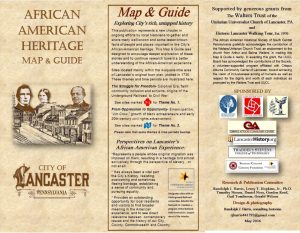 The sites are located mainly within the 4-square-mile area of Lancaster’s original town plan, plotted in 1735.

The map & guide is free and is available at various locations throughout Lancaster County, including at the offices of the project’s other sponsors: LancasterHistory.org, Thaddeus Stevens College of Technology and Crispus Attucks Community Center.  It is also available at the office of Discover Lancaster, Route 30 East at Greenfield Road.

Featured sites include four properties that have been designated by the National Park Service/U.S. Department of the Interior as having authentic connections to the Underground Railroad: Fulton Opera House, built on the foundations of the Old Lancaster County Jail and Workhouse; Thaddeus Stevens and Lydia Smith Home and Office within the Lancaster County Convention Center; Thaddeus Stevens grave and monument at Shreiner-Concord Cemetery; and Bethel African Methodist Episcopal Church.

Copies of the map also can be obtained at the City of Lancaster Visitor Center, 38 Penn Square, Downtown Lancaster, where guided walking tours depart to visit of some of the featured sites. Next tours are available on July 2 at 11 AM and 2 PM.

Another rare record set available for download: The Entries — known as “Returns” — recorded for the Pennsylvania Gradual Abolition Act of 1780 for Lancaster and other South Central PA Counties.  This 64-page document contains the names of all people who enslaved African Americans and an enumeration of those who were enslaved by name, gender, age and other descriptions.