During these journeys, heritage travelers will examine the impact of anti-slavery activities and the rise of Abolitionism in the Southeastern Pennsylvania Region along the Mason-Dixon Line, which divided the free Commonwealth of Pennsylvania from the slave-holding states to the south. 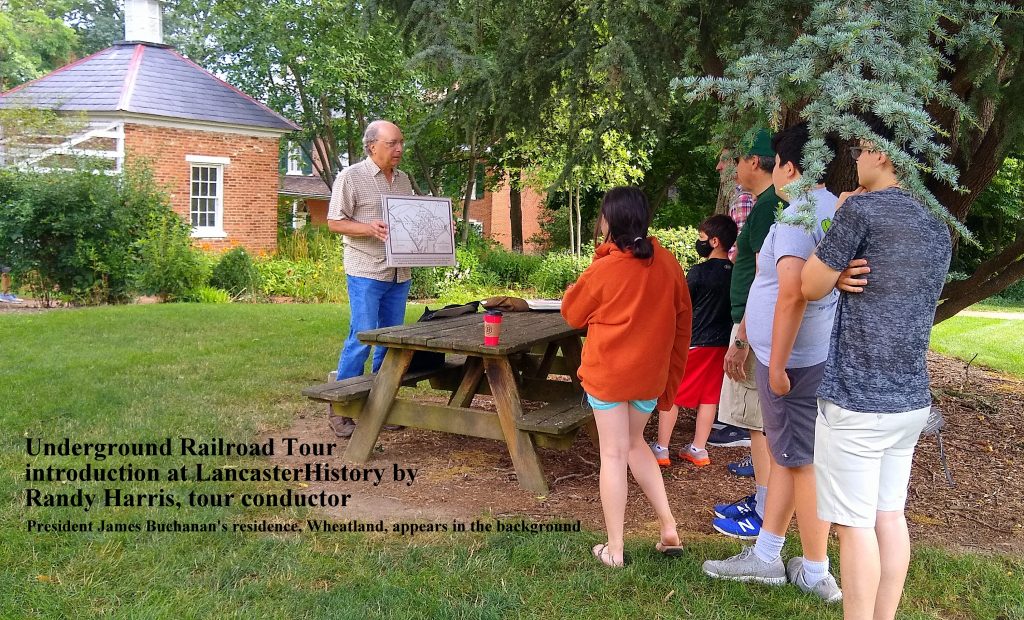 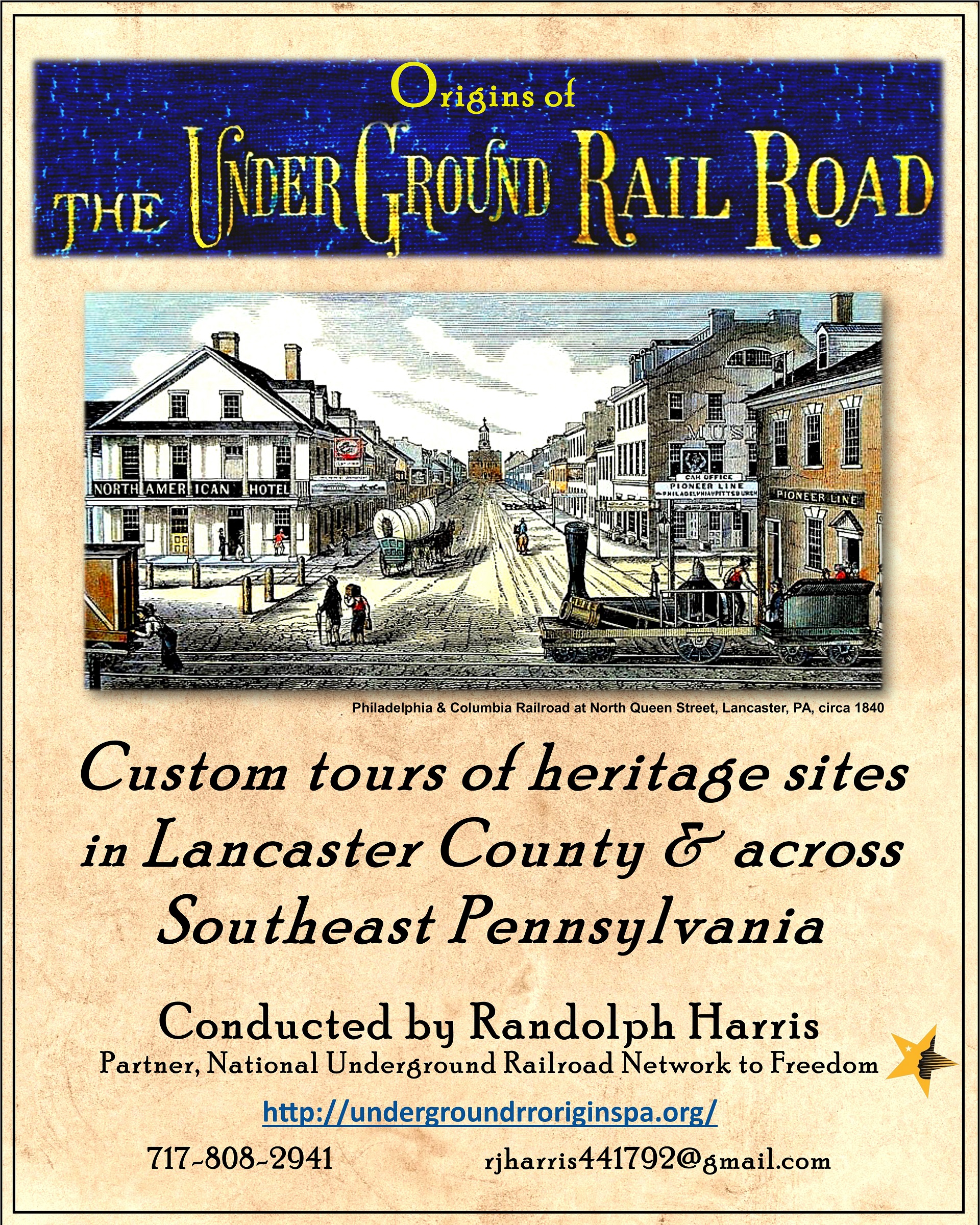 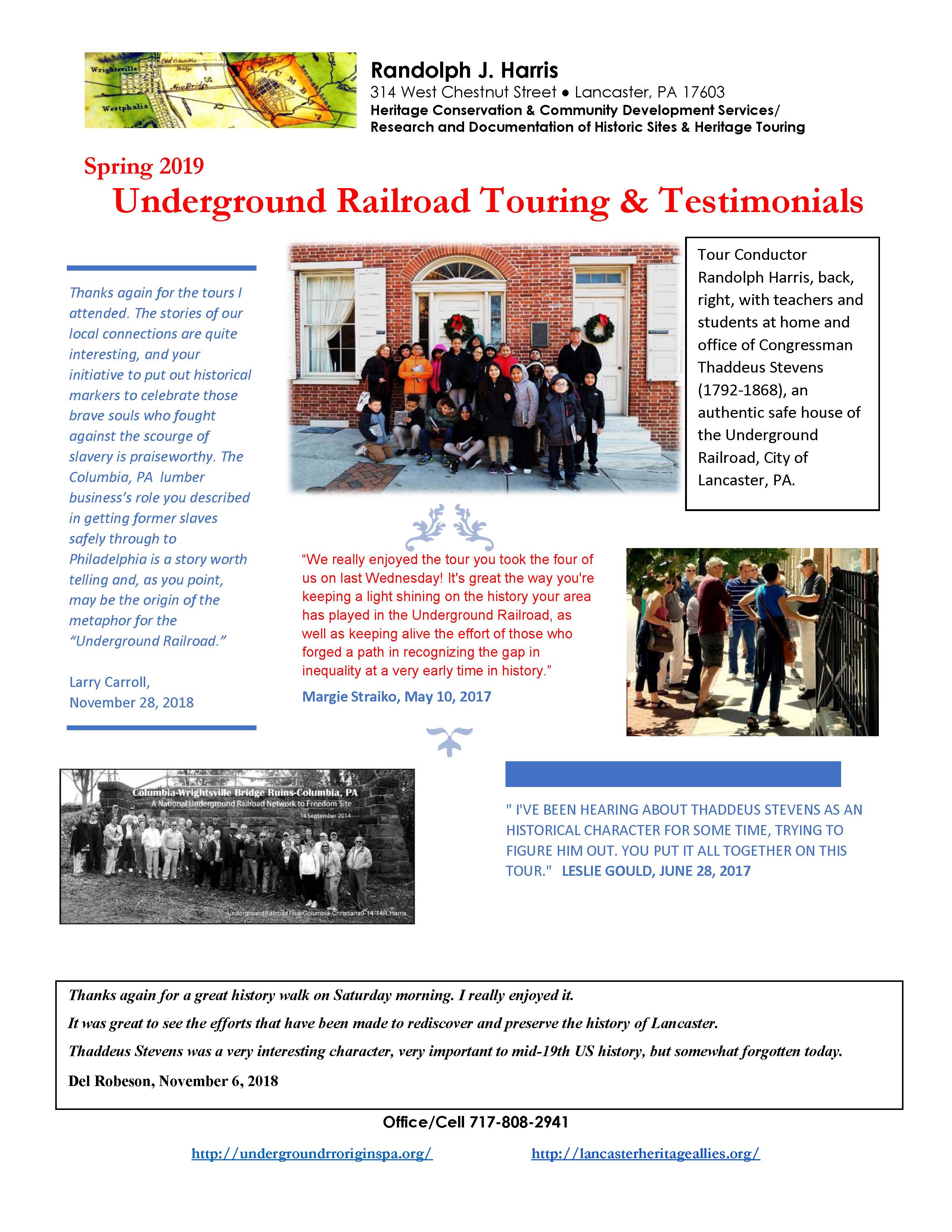 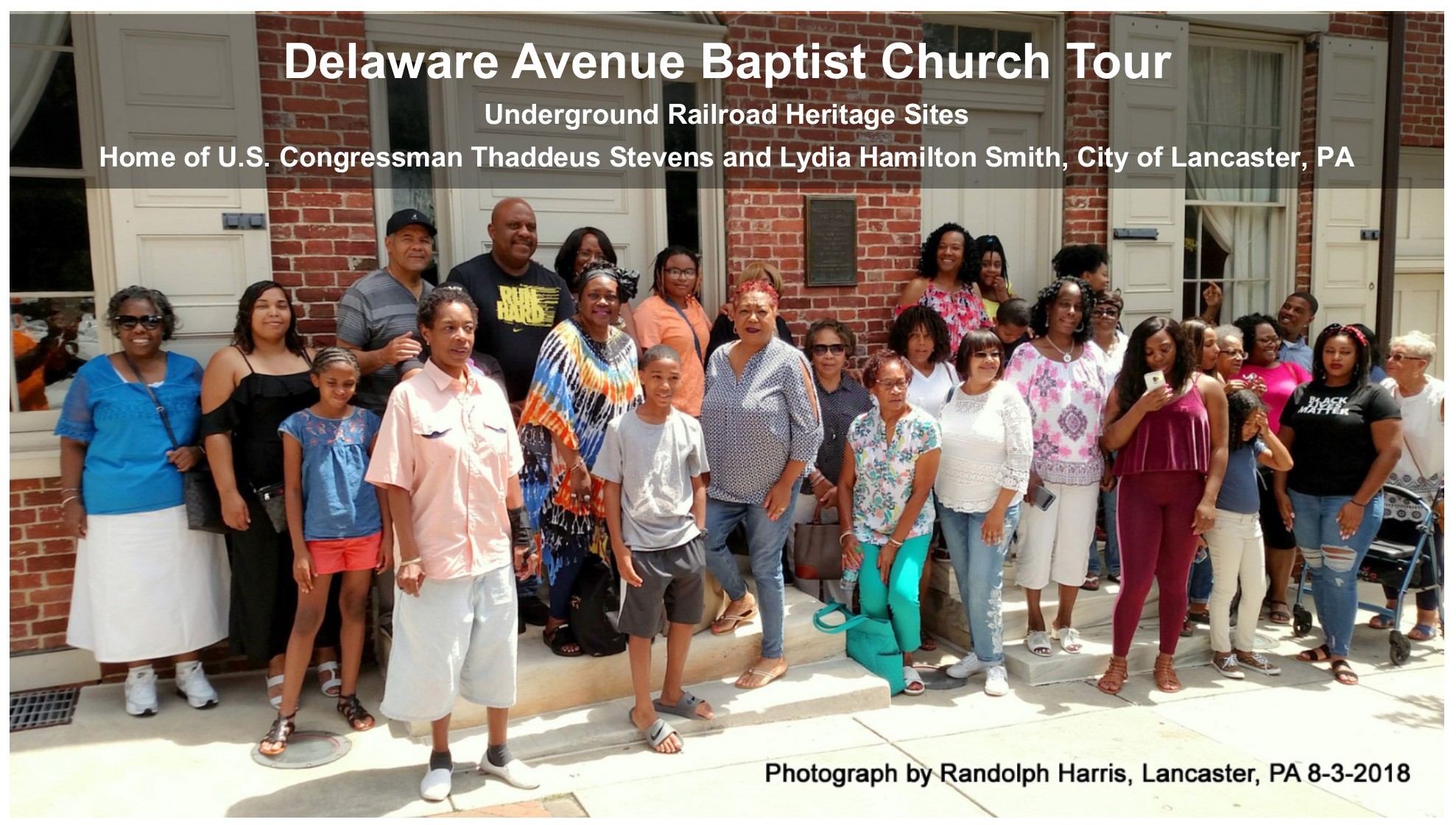 “Randy, second to seeing JESUS at Sight & Sound in Lancaster, your tour of Underground Railroad sites in and around Lancaster was the highlight of our trip! Everyone reflected on different aspects of it as we rode home.

I shared your information with another church group traveling to the area this fall.

Thank you again for the wonderful work you are doing.

Origins of the Underground Railroad

It was a pleasure meeting you and your wonderful group of family and friends from your church. I was overwhelmed by your feedback on our tours.   As we discussed, with your generous contributions, my associate Tana and I directing that a gift in the name of your Church is placed into the Marker Fund of the African American Historical Society of South Central Pennsylvania. New historical markers commemorating some of the historic sites we toured are now in the process of being installed. Your interest and help are greatly appreciated.

Hope you enjoy the attached photos I took of your tour. Please use them as you see fit.

Thank you very much. Please come back to our area in the future and see the results of our continuing efforts to commemorate the heritage of our community. 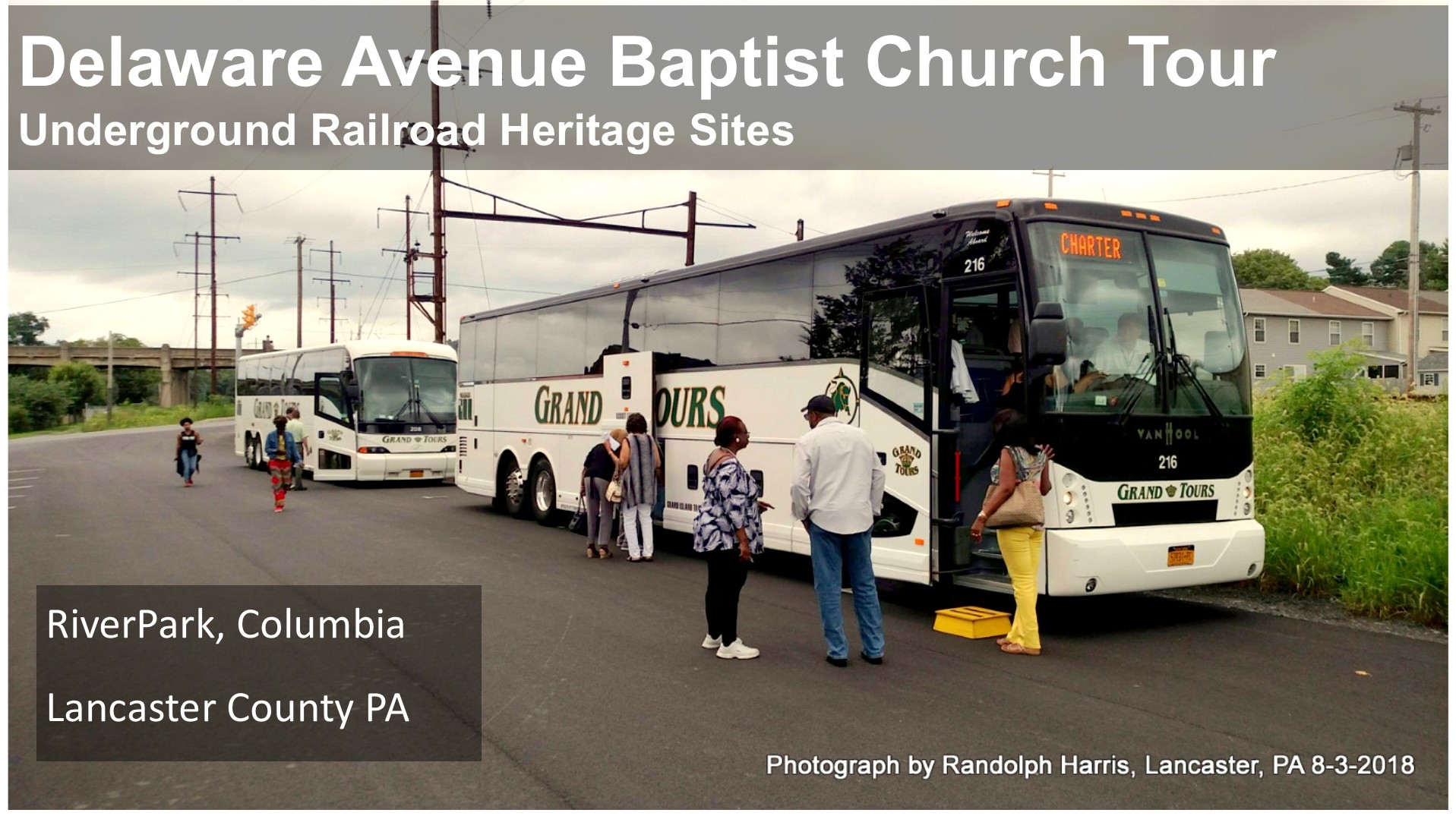 You can download a copy of this tour rate sheet here. 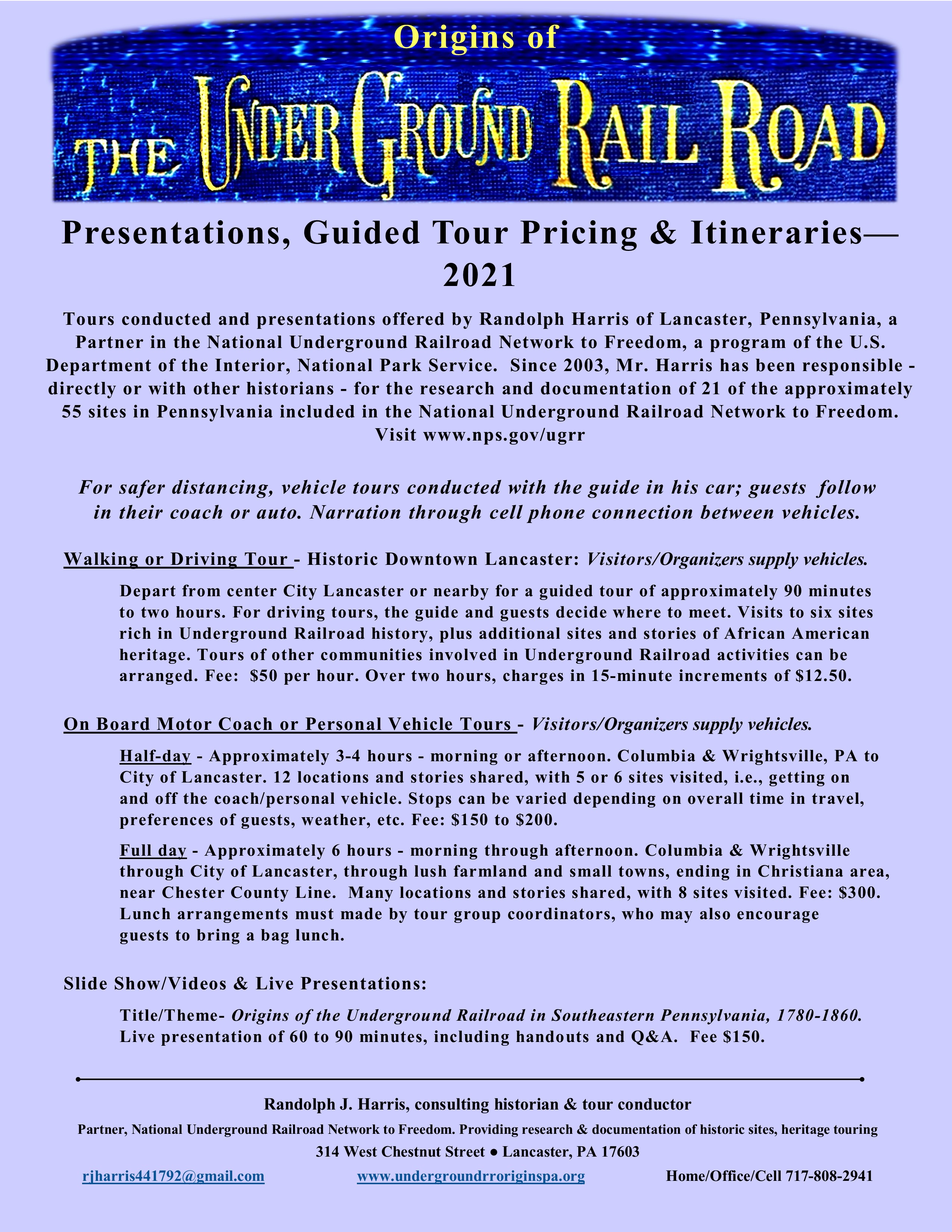 You can download a copy of this tour rate sheet here.

Here are some of the places heritage travelers will experience on tours conducted by Mr. Harris 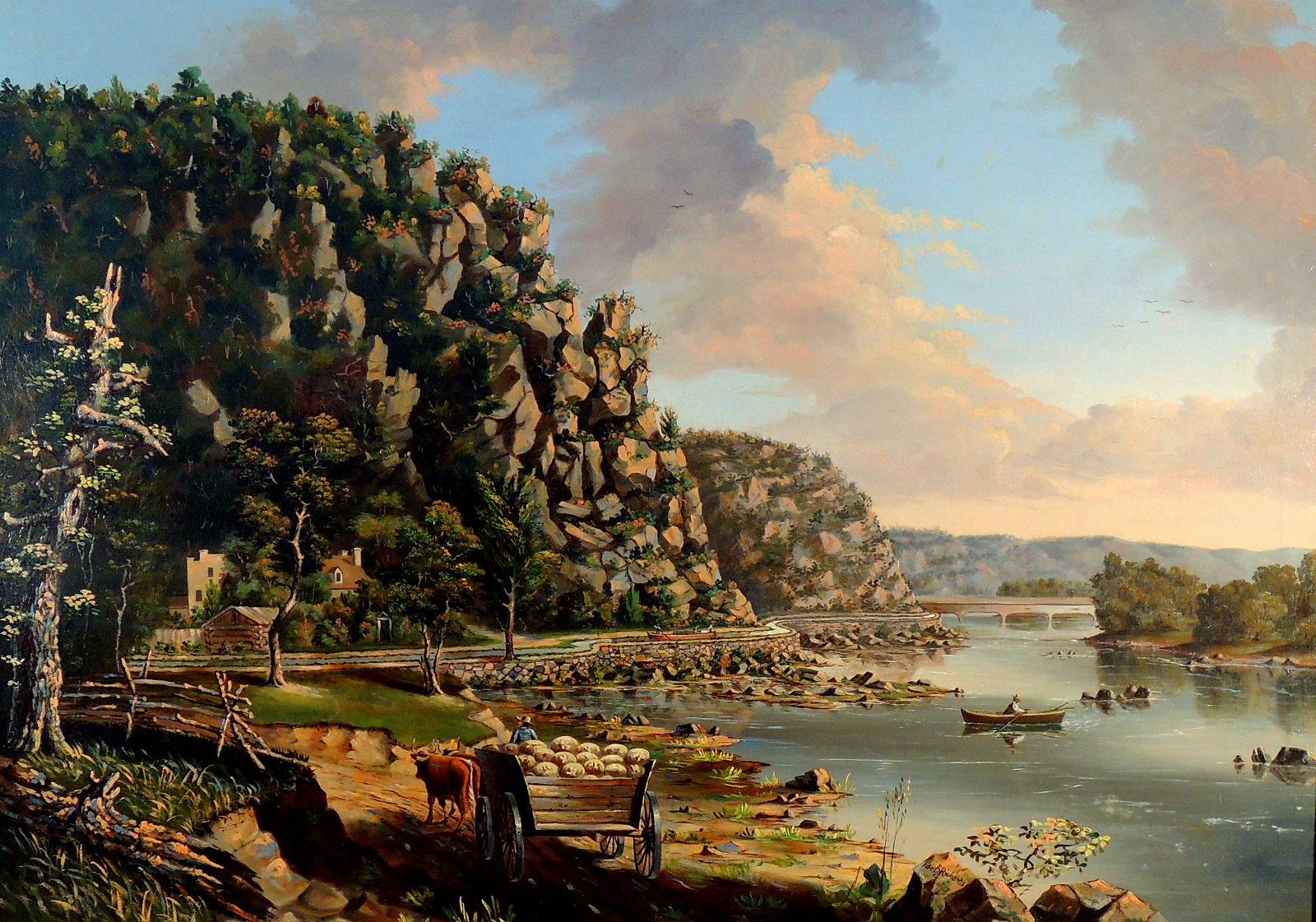 In this beautiful landscape painting are many important clues to better understand why this the region has risen in prominence as the location of some of the earliest organized activities in the fight against the institution of slavery.

We see here a shallow, rocky section of the Susquehanna River some 20 miles north of the Mason Dixon Line, just upstream from the towns of Columbia and Wrightsville, Pennsylvania. This location has long been an important crossing point in this major river that flows south and feeds the Chesapeake Bay.  A ferry began operation here in the 1730’s. This illustration nearly a century later shows a man rowing across the river, an early and dangerous means to navigate currents and rocks. In the background, we see the Pennsylvania Canal, which opened in 1830, hugging the eastern shore. In the distance is the second great bridge linking these river towns—the world’s longest wooden covered span in 1834. That same year heralded the start of the  Philadelphia and Columbia Railroad, the second railroad chartered in the United States.  This key technological achievement in engineering, manufacturing and transportation had its western terminus at the bridge which allowed river crossing to the west.  And the railroad linked here to the southern terminus of the Canal, which also linked with incline planes over the Appalachian Mountains, allowing travel from Philadelphia to Pittsburgh in 3 and a half days. These connections greatly influenced the paths of explorers, armies, westbound settlers, and African Americans seeking freedom from slavery. Anti-slavery activities here can be traced to the late 1700’s. Around 1815–1820, hundreds of enslaved workers were freed at Columbia by Virginia plantation owners. Courageous blacks and whites helped formerly enslaved freedom seekers to elude the ever-present bounty hunters who followed so many to this key river crossing. Such efforts along the Lower Susquehanna were among the earliest stirrings of a movement that by the late 1830’s had become known as the “underground railroad”—a secret network to freedom. 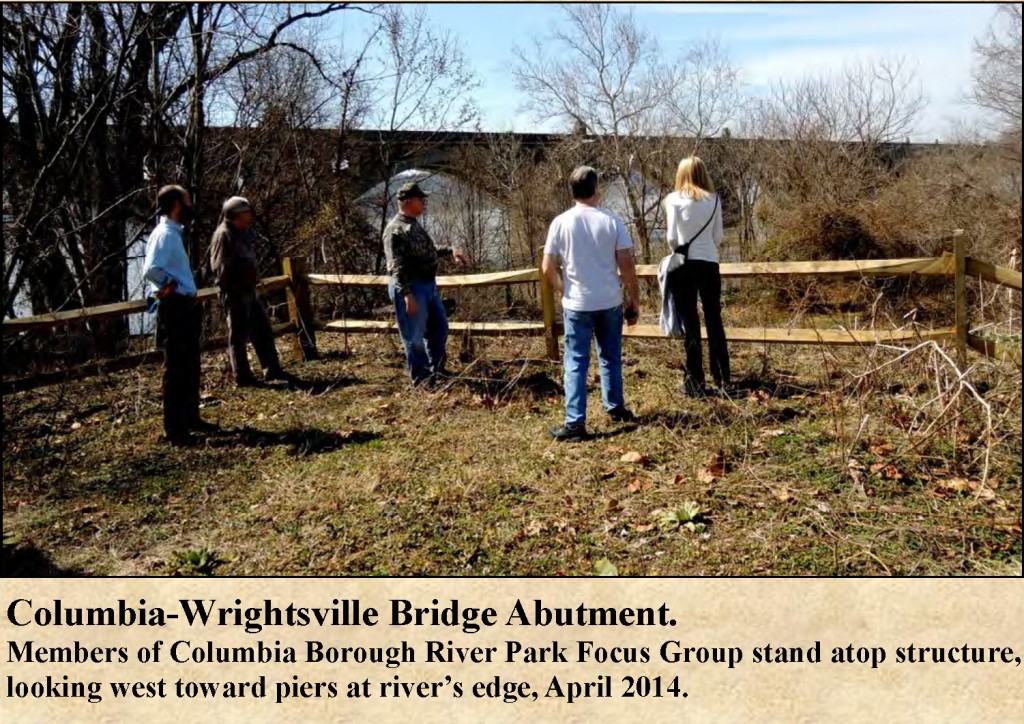 Visitors will gain deep insight into this vibrant historic landscape and learn how ideal conditions came together to create a key location in the development of the nation’s first religiously-inspired and racially-integrated civil rights movement.

We will explore the key factors that supported this movement: the region’s unique geography; the legacy of religious freedom in the Commonwealth and as the center of progressive politics in Colonial America; and ingenious transportation systems built and managed by black and white inventors and entrepreneurs that allowed the fastest and most secret flights to freedom anywhere in the country during the late 18th and early 19th century. 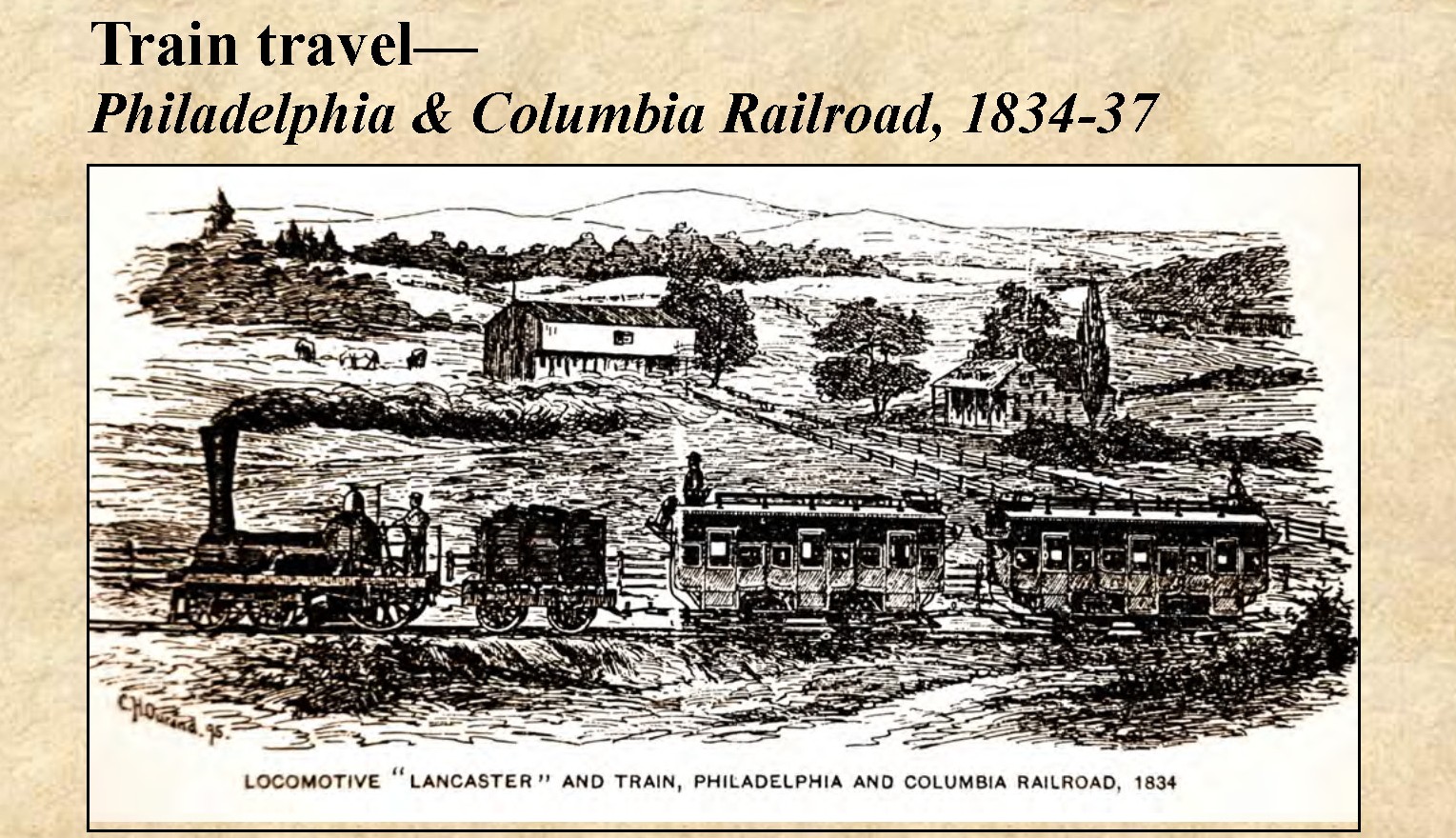 In 2010, the section of the Philadelphia & Columbia Railroad between Lancaster and the City of Philadelphia was determined to be an authentic 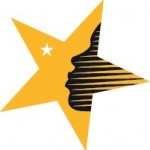 Some of the other sites and communities to be experienced can include the Borough Columbia on the Susquehanna River, the historic City of Lancaster, Villages of Bird-in-Hand, Georgetown and Christiana, where many believe a key spark was lit that brought on the Civil War. Others can be explored as well. 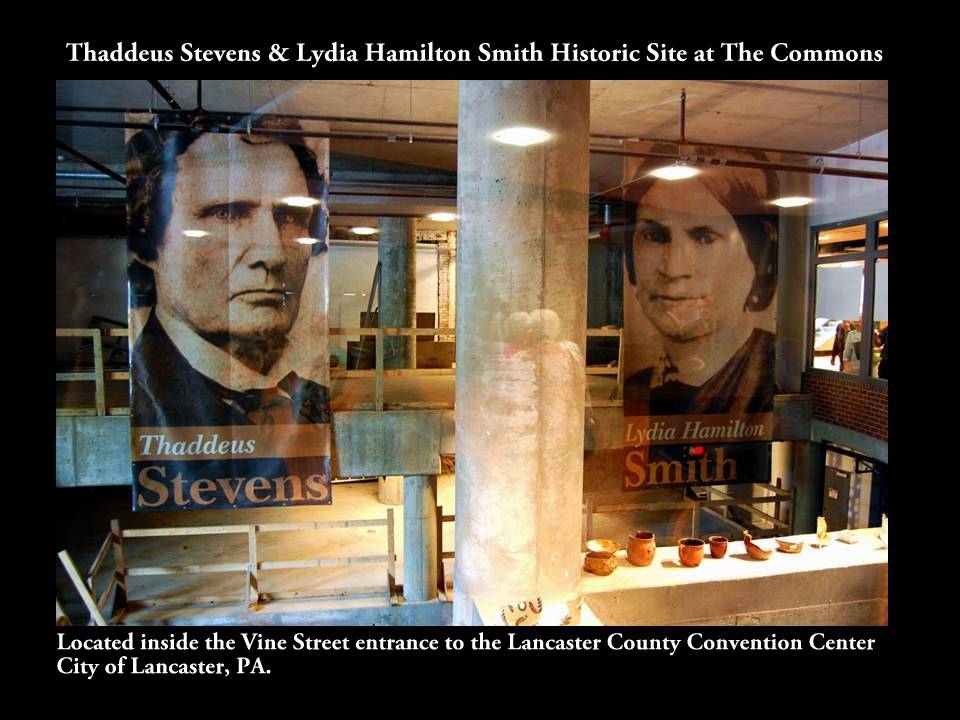 There is an little known story about Thaddeus Stevens and his allies in the fight against slavery and their work as key “conductors” of The Underground Railroad in the City of Lancaster in the years before the Civil War.  This story, as relayed in 1883 by Stevens’s long-time confidante, Lydia Hamilton Smith, and reported by their friend and ally, Major Elwood Griest, Publisher of The Lancaster Inquirer weekly newspaper, reveals events from the late 1840’s and 1850’s that essentially prove the major role of Thaddeus Stevens as a behind-the-scenes financier and planner of a secret network that for years successfully blocked some of the vile work of the many bounty-hunting slave catchers that roamed Lancaster County and Southeastern Pennsylvania.

READ ALL ABOUT IT! 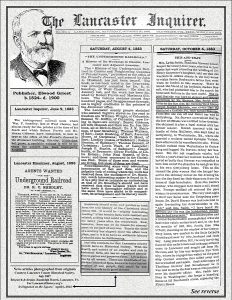 Click on the photo at right to download a free two-page copy of excerpts of news articles from The Lancaster Inquirer from the fall of 1883. From these excerpts you can find the full original articles through various archives. Read how Lydia Hamilton Smith, in a rare interview with a newspaper publisher and close associate, provides never-before released details of the life and times of her long-time employer and confidante, Congressman Thaddeus Stevens.

There are several additional historic properties recognized by the National Park Service as authentic sites associated with the Underground Railroad, based on the research and documentation supplied by Mr. Harris.  At these sites some of the earliest and most nationally significant episodes of resistance occurred against the institution of slavery. 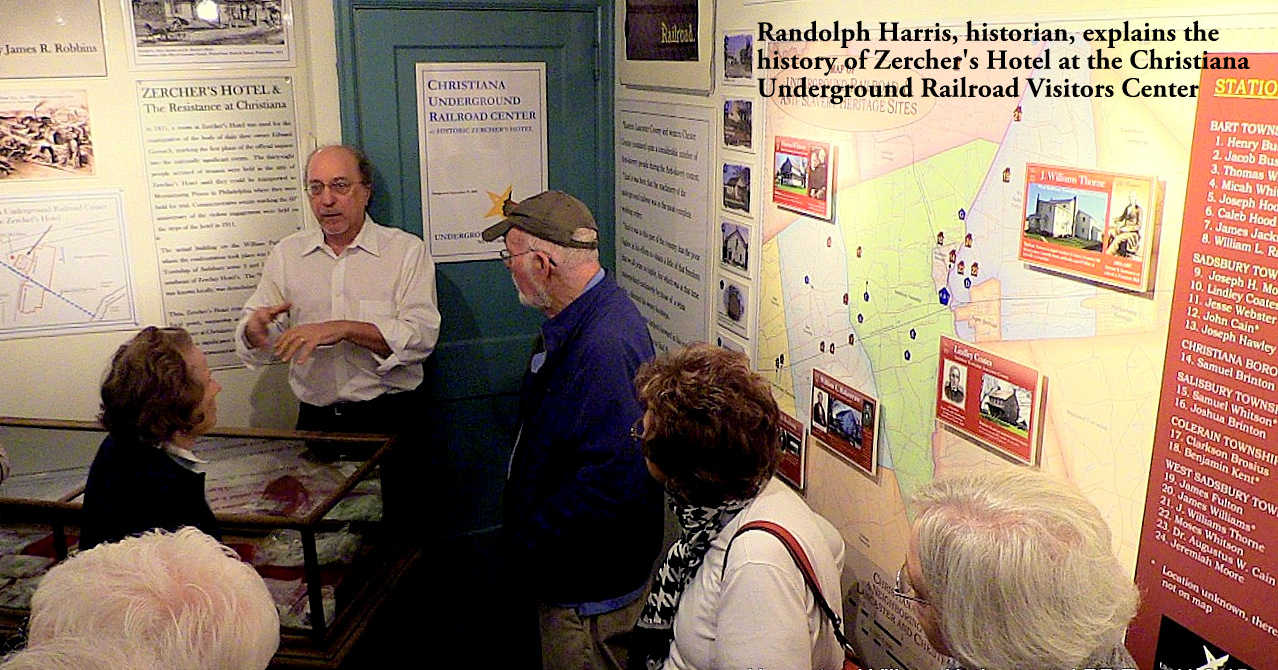 Tours can be on foot, as well as step-on services in motor coaches or private vehicles. Call Randolph Harris at (717) 808-2941 or e-mail rjharris441792@gmail.com to arrange a tour.

Heritage Tours in the News